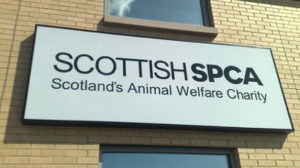 Scotland’s major animal welfare charity has admitted failing to protect the well-being of its own workers at a Fife rescue centre.

The SSPCA has been saving animals from danger for over 175 years but neglected the safety of humans working with birds.

Employees were put at risk of exposure to hazardous bird-related substances at the Middlebank Wildlife Centre at Dunfermline.

A series of inspections were carried out by Fife Council’s environmental health department and the Health and Safety Executive, which found shortcomings.

Between 2006 and 2012, staff at Middlebank were put at risk of contracting a lung-related condition caused by avian allergens from birds.

Middlebank, which closed in 2012, was widely praised for the work done in the rehabilitation of injured animals such as oiled birds, rescued from the sea.

Extinsic Allergic Alveolitis (EAA) is a lung condition caused by exposure to bird droppings and feathers. Sufficient safeguards were not in place to prevent or control exposure to EAA for workers there.

The SSPCA regularly works with the Crown in reporting cases of animal cruelty and neglect but found itself in the dock for the first time in its 178-year history.

Although, the charges admitted do not include causing any actual harm to employees, Dunfermline Sheriff Court heard that former Middlebank manager Sandra Bonar was diagnosed with EAA in 2000 and died in 2010 from complications associated with the condition.

Inspectors found a string of failings, including workers not being supplied with the appropriate protective equipment such as face-masks and overalls.

Being an employer, it failed to ensure the health, safety and welfare of their employees by failing to take suitable and sufficient measures to prevent or adequately control the exposure of employees to hazardous substances.

It failed to make a suitable and sufficient assessment of risks associated with work activities being conducted by employees which could lead to exposure to a substance hazardous to health, namely avian allergens.

It failed to ensure it had in place, air ventilation, filtration or extraction systems which enabled it to be satisfied that systems in place were operating properly and provided adequate control of airborne avian allergens, so that it could ensure such risks were adequately controlled.

Between 1st November 2006 and 12th November 2008, it failed to provide suitable health surveillance arrangements to enable it to fully monitor its employees for any harmful effects of exposure to avian allergens.

On various dates, it failed to provide suitable and sufficient information, instruction and training to employees who were liable to exposure to hazardous substances.

As a consequence of these failings, employees were exposed to hazardous substances, namely avian allergens and were exposed to the risks associated with Extinsic Allergic Alveolitis.

Depute fiscal Gavin Callaghan said the centre’s former manager Sandra Bonar had been diagnosed with EAA and died in 2010 “from complications associated with EAA”.

However, the charity has not been convicted of causing any actual harm to employees, as was pointed out by defence QC Peter Gray, who also highlighted the “vital public service” the SSPCA performs.

Mr Gray said the society was “a conscientious employer” and that the breaches of health and safety obligations were “wholly out of character”.

“It has a good safety record and took robust steps to address its admitted failings. It was not a deliberate breach or a breach made with a view to cost-cutting,” he added.

Founded in 1839, the SSPCA is the only animal charity in the UK recognised as a reporting agency to the Crown Office and its inspectors can enforce animal welfare law.