Fury after headstone of First War World hero is vandalised 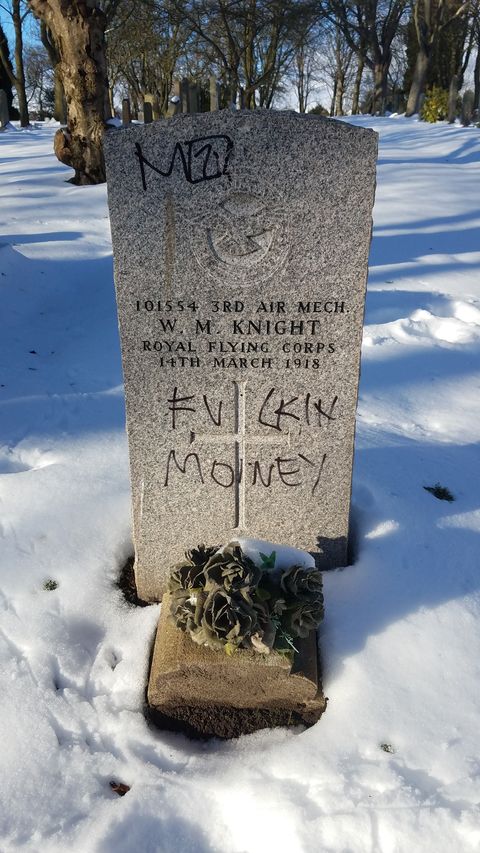 The headstone of a First World War hero has been defaced in a shocking act of vandalism.

The memorial stone was one of two covered in sick graffiti at Dunfermline Cemetery.

One of those targeted marks the final resting place of W.M. Knight of the Royal Air Corps, who died in March 1918, in the final year of the Great War.

The other grave targeted had abhorrent graffiti written on it about children dying in pain.

The desecration was spotted by a local man taking a walk at the weekend.

He contacted us to say, “On my daily walk through Dunfermline cemetery, I was horrified that someone had vandalised two grave headstones with nasty words written in black pen.

“The person that did this seemed to sign the top left-hand side, also someone should recognize the writing as it is very distinct.”

There was a widespread backlash of public anger on social media when we shared the photos.