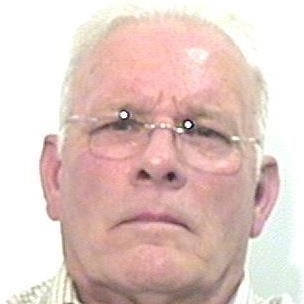 A former Fife policeman has been jailed for sexually assaulting two young boys.

At the High Court in Edinburgh, Colin Fowler was sentenced to four and a half years in prison for attacks on a 12-year-old boy in 1972 and against a 13-year-old boy between 1977 and 1982 at an address in Anstruther.

“Pillar of the community” Fowler (76), a former police officer with Fife Constabulary, met the children through his work with the Air Cadets and subjected them to significant abuse during occasions when he was alone with them.

Fowler plied the youngsters with drink and molested and assaulted them at his then home in Anstruther.

Fowler had denied carrying out the sex attacks on two former cadets. However, he was unanimously found guilty of the offences following a trial.

The judge Lord Brailsford said, “The offences were perpetrated when you were in a position of trust in relation to both these young persons. You were an officer in the air cadets and in that capacity you were responsible for training given to these youths in the evening.”

The judge pointed out that he was also a police officer which was “a position of considerable trust”.

He was found guilty last month and has now been jailed.

The two victims issued a statement saying, “We are delighted that the men and women of the jury believed our evidence and returned a unanimous verdict of guilty to all charges.

“Whilst Colin Fowler has received a jail sentence, this case was never one of seeking to punish Colin Fowler. The motive behind speaking out was to provide support for other potential witnesses.

“Colin Fowler used his position of influence to befriend us, gaining our trust and respect – a trust that he then abused.”

An investigation was launched by Fife Division’s Public Protection Unit in December 2016 after the men, now in their fifties and sixties, came forward to report Fowler’s offences.

Detective Inspector June Peebles from Fife’s PPU said, “As a police officer, I find it utterly appalling that Colin Fowler abused his position, not only as an officer, but as a pillar of the community, in order to commit such serious offences against young men.

“Had it not been for these individual’s incredible bravery in coming forward to report the abuse, these crimes may have gone unpunished. As it is, however, Fowler will now serve a custodial sentence.

“It is my sincere hope that both men can now put their ordeals fully behind them and take comfort in the knowledge that justice has been served.”