Friends Sheila Stewart (72) and Isabel Murray (77), from Dalgety Bay, only took up the sport four years ago.

Sheila decided to give it a try after taking her grandchildren to classes and Isabel joined in.

Since then they have quickly risen through the twelve grades from white belt before being awarded their coveted black belts. 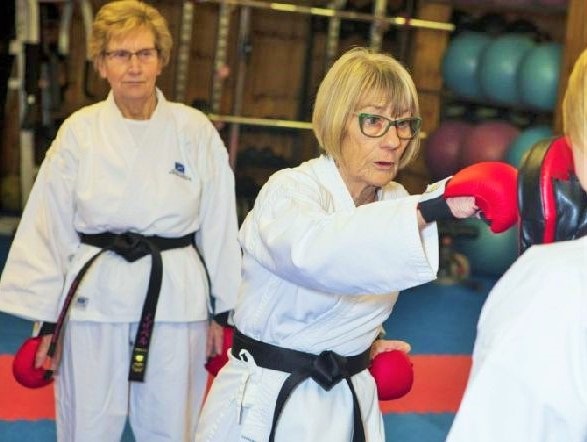 The duo earned the accolade at the Japan Karate Shoto Federation (JKS) Scotland headquarters in Dunfermline.

To mark the special occasion, they were both given black belts sent from Japan, complete with their names embroidered on them.

Sheila, a gran-of-three and former hairdresser, said, “It’s been amazing”.