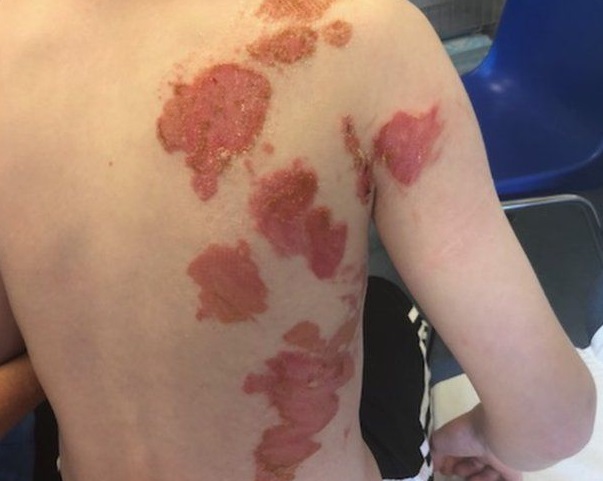 Three pupils at a Fife primary school were injured in a horrific incident when a kettle exploded during an outdoor cooking class.

The children injured are aged 11 and 12 years old and pupils at Lumphinnans Primary.

Two youngsters were treated for scalding to their faces and bodies and the third had burns on his back as a result of a camping kettle exploding.

Brian Griffin, whose son Ryan was one of the children hurt, said that about 10 pupils were taking part in the outdoor event in a wooded area at the back of the school.

“My son, Ryan, said they were all sitting around it and he saw the cork coming off so he quickly turned his back on it and it exploded all over his back.

“The pressure had built up inside it and meant it was a bomb waiting to go off.

“I’m very angry and upset because my son is badly burned and he was screaming with the pain when it happened.” 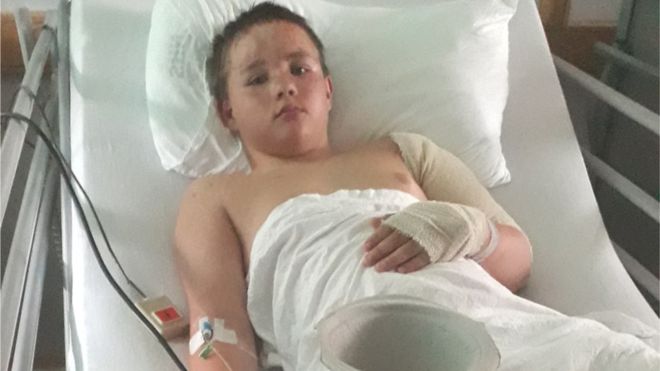 Ryan, along with a girl and 12-year-old Charles Radlski (pictured above), were taken to the Victoria Hospital.

Wojtek Radlski, the father of Charles, said his son was scalded on the face and shoulder.

He added, “When my wife and I saw our son we both cried because his burns were so bad.

“He was vomiting with the infection and in intensive care for 24 hours and is still in hospital now over a week later.

“The doctor said he would be scarred for life on his shoulder, as the burns damaged his nerves, and possibly on his face.”