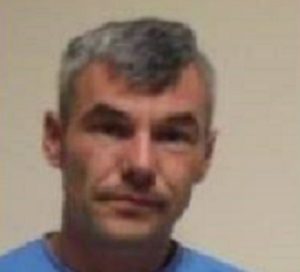 A Fife paedophile, who sexually abused four young girls over a period of more than a decade, has appeared at the High Court in Edinburgh.

Wayne Elliot today pled guilty to rape, lewd and libidinous practices and sexual assault following the abuse of the four girls, who were aged between six and 16 at the time.

The sickening offences took place between October 2007 and September 2018 in Fife and Edinburgh.

Elliot (37) became subject of an investigation by Fife’s Public Protection unit last September when the victims all came forward to report the abuse.

Elliot was the arrested and charged on 28th September.

Detective Constable Ross French, from Fife’s Public Protection Unit, said, “For over a decade, Wayne Elliot subjected four girls to horrific levels of sexual abuse and, had it not been for their courage in reporting these crimes, his actions may have gone unpunished.

“Elliot is a callous predator and his guilty plea is testament to the evidence provided by the young women he targeted and the investigative work carried out by the Public Protection Unit.

“I want to make it clear to anyone affected by sexual abuse that time is no barrier for reporting crimes of this nature and any disclosures made to us will be investigated with the utmost professionalism and sensitivity to bring perpetrators to justice.”