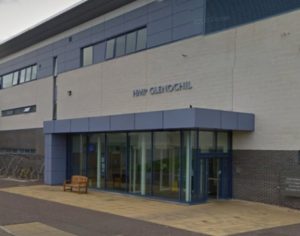 A prisoner has appeared in court accused of murdering a vicious killer at Glenochil Prison.

Steven McIvor is alleged to have fatally wounded 46-year-old Michael Mowat, who was jailed for life in 2001 after bludgeoning to death a 26-year-old friend, Bruce Connolly, to steal drugs.

The 1999 incident occurred in Kirkcaldy, where Mr Connolly and Mowat, already a convicted armed robber, both then lived. 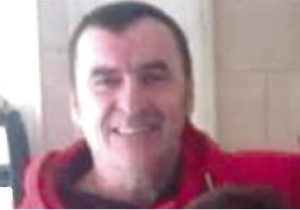 Mowat (pictured above) was rushed to the the Forth Valley Hospital in Larbert, Stirlingshire, on Saturday afternoon, reportedly suffering from a stab wound to the neck, and later died.

The incident occurred in the jail’s Harviestoun Hall.

He made neither plea nor declaration at the brief, private, hearing, before Sheriff David Mackie.

The case was continued for further examination, and McIvor was returned to custody.

In November1999, Mowat battered his friend’s head then stole his drugs

Doctors said at least 10 blows from a hammer or some other blunt instrument had rained down on the right side of Mr Connolly’s face, probably as he slept. The murder weapon was never found.

Mowat, then living in Hayfield Road, had a lengthy record including a five-year sentence for armed robbery. He had been broke and without heroin before Mr Connolly’s death. Afterwards he had cash and drugs again, police discovered.