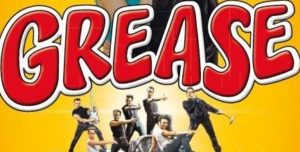 A 63-year-old man, who sexually assaulted a woman sitting next to him at a performance of ‘Grease’ at Dunfermline’s Alhambra Theatre, has been sentenced.

The woman was “very distressed” after having her thigh held throughout most of the first half of the musical.

She had gone to the show with female friends and ended up sitting next to Alexander Rollo, a complete stranger, a trial at Dunfermline Sheriff Court heard.

Rollo, of Mavis Bank, Buckhaven, denied charges of sexually assaulting two women by repeatedly touching them on the body at the theatre on 20th February last year.

He was found guilty of one of the charges after trial.

The victim said that Rollo kept his hand on her leg for around 40 minutes.

The woman told the court that she thought the contact was “accidental at first”. However, when it continued for the last 40 minutes of the first half she realised that it was not.

She said Rollo kept his hand on her thigh without removing it until the interval.

The court heard that the woman, who was at the show with two female friends, was very upset at the interval. One of her friends swapped seats with her.

The woman said the matter had not been reported to theatre staff nor the police that night.

However, in the days following their night out the women decided to contact the police.

Sheriff Valerie Johnston imposed a community payback order for 12 months with supervision. Rollo will be on the sex offenders register for the same period.