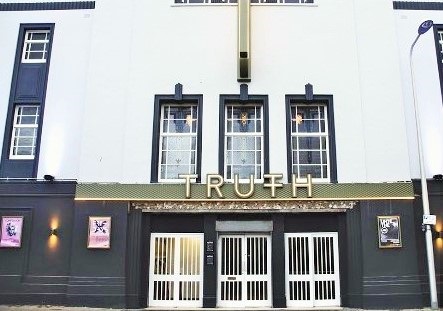 A doorman at a Fife nightclub was attacked and knocked unconscious, suffering a fractured eye socket.

The two men, who attacked him after being refused entry to the premises in Leven, are now behind bars.

The violent assaults were captured on CCTV which was shown in court.

Corrie Inglis (25), of Oakvale, Methil, appeared from custody at Dunfermline Sheriff Court and was joined in the dock by Liam Hooley (27), of North Street, Leven.

Hooley admitted that on 11th May at Truth Nightclub, North Street, Leven,he assaulted the doorman by punching him on the head, rendering him unconscious and causing him fall to the ground, all to his severe injury.

Inglis admitted he assaulted the man by repeatedly punching him on the head. He also admitted he was breaching a home curfew previously imposed at Kirkcaldy Sheriff Court.

Depute fiscal Alex Kirk said Hooley had previously been barred from the premises following an incident there.

He was told he was not getting in, as was Inglis because he was intoxicated.

The pair left and returned to the door several times before Hooley lunged forward and punched the victim.

The CCTV showed him going back after the blow, striking his head on the door then starting to fall down. As he did so, he was punched three times by Inglis.

Another doorman pushed Hooley to the ground then he jumped back up laughing.

The victim was taken to hospital where he received a CT scan which showed he had sustained a fractured eye socket. He also required stitches to a cut and has been left with a scar on his forehead.

Defence solicitor for Inglis, David McLaughlin, said his client’s offending was linked to drug misuse. “He had taken Valium and his memory is blank,” he added.

The court was told Hooley also had little recollection of the incident because he was heavily drunk.

Sheriff Craig McSherry called for reports and sentence was deferred until 21st August. Both men were remanded in custody.