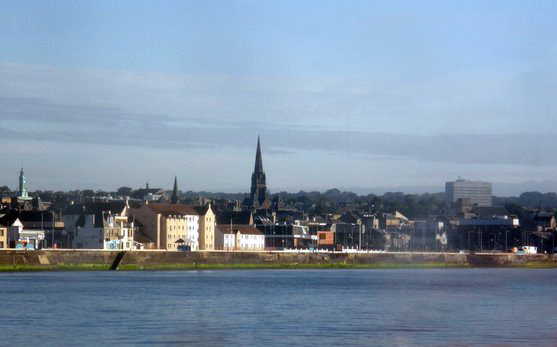 A Fife man tried to persuade witnesses not to turn up at court and give evidence against him.

Alan Adsley , from Kirkcaldy, approached two witnesses ahead of his trial for assault, including the victim, offering him money.

However, the plan backfired and Adsley is now behind bars awaiting sentencing.

Adsley (37) appeared from custody at Dunfermline Sheriff Court and admitted a string of offences.

On 29th May at Oswald Road, Kirkcaldy, he assaulted William Allan by lunging towards him, repeatedly attempting to strike him with a key and did strike him with it, all to his injury.

He also breached a home curfew imposed in his bail conditions.

On various occasions on 29th and 30th January at Oswald Road and at Kirkcaldy Sheriff Court he attempted to pervert the course of justice in an attempt to have charges against him discontinued.

He telephoned Kirsty Allan, told her to incriminate another person when giving evidence, told her to state she was under the influence of alcohol when she gave her police statement and told her to claim she was ill and unable to attend the court.

On 30th May, he approached William Allan and attempted to induce him not to attend court by offering money.

Sheriff Craig McSherry called for reports and Adsley will remain in custody until sentencing on 21st August.