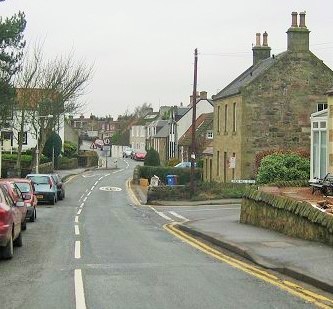 An elderly woman is in a “critical” condition in  hospital after falling and sustaining a head injury on a service bus in Fife.

Police are trying to trace witnesses following the incident in Freuchie.

It occurred at around noon yesterday when the driver of a number 64 Moffat and Williamson bus braked suddenly to avoid a collision.

The woman was taken to the Victoria Hospital, Kirkcaldy, where she remains in a critical condition.

Police Sergeant Ewan Pearce of Fife’s Road Policing Unit said, “Sadly this incident has resulted in an elderly lady being seriously injured and we are eager to establish the full circumstances that occurred beforehand.

“I would ask anyone who was in Freuchie’s East End at lunchtime on Monday  and saw this incident to please contact police.”