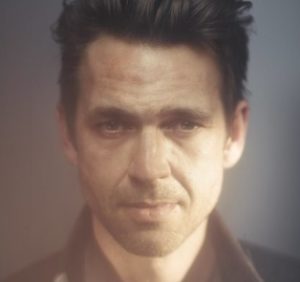 Film star Dougray Scott has spoken for the first time about his dad’s tragic battle with Parkinson’s disease.

The Hollywood actor, who grew up in Glenrothes where he went to Auchmuty High, is asking people from across Scotland to take part in their local Walk for Parkinson’s event this year.

His late dad Alan was a travelling salesman of fridges and freezers, who also did some acting.

Dougray (53) said, “My dad lived with Parkinson’s for many years and I saw first-hand the terrible struggles he had and how debilitating this illness was for him and the helplessness this created for those around him, who felt powerless to alleviate his distress.

“Parkinson’s UK’s pioneering research is on the brink of ending Parkinson’s for good, and it would be fantastic if the 12,000 families in Scotland could be spared the anguish of watching their loved one’s decline.

“We’re now on the verge of major breakthroughs. So whatever your age, ability or fitness level, please sign up to a walk for Parkinson’s in Scotland and be part of the final push to find a cure.”

Dougray previously said, “My dad was a travelling salesman. He knew how to be tough, but he was a gentle soul, with a soft side and a lot of patience.

“Once I was seven, he took me on trips with him all over north Scotland. I remember those times vividly. They are some of my happiest childhood memories.

“I adored my father. He had been an actor in Glasgow once, and he had put on this travelling salesman character in order to sell his fridges and freezers. Subconsciously, I got my first acting lessons from him.

“My parents met at a dance in Glasgow when my dad was 35 and my mum was 20. They were from very different backgrounds.

“Mum was a nurse and had a lower middle-class upbringing, and my dad was from a rough, working-class area of Glasgow. Mum’s parents didn’t approve of my dad. But my mum got pregnant, so she had to get married. Her parents cut off all contact. I don’t think they even came to the wedding.

“I am the youngest of four – my dad was 50 when I was born – and my siblings would say I had it easy, that I got mollycoddled. But I don’t remember it being like that at all.

“I do remember my brother, who is 10 years older than me, throwing a garden fork through a snowman and it getting stuck in my leg. He thought it was hilarious and I thought it was pretty painful.

“We were quite a poor family. We had no savings and lived in a council house. My dad didn’t have a basic wage, he was only paid on commission, so he really had to sell to make a living.”

It was the play ‘Death of Salesman’ which inspired the young Dougray.

He said, “I fell in love with drama as a shy 14-year-old when I read Arthur Miller’s ‘Death Of A Salesman’. I was blown away by just how relevant it was in my life.

“My father was a salesman and although the play was written in New York by a Jewish writer, it meant so much to me and my life in Scotland that I was smitten by the idea that drama can resonate and even change people’s lives.

“After I read that play I knew what I wanted to do, even though I got laughed at because it was an odd thing for someone from where I came from to say.”

The walks in Scotland this year are at:

Parkinson’s is a progressive neurological condition that affects around 12,400 people in Scotland. Parkinson’s has over 40 symptoms including tremor, loss of mobility and dementia.