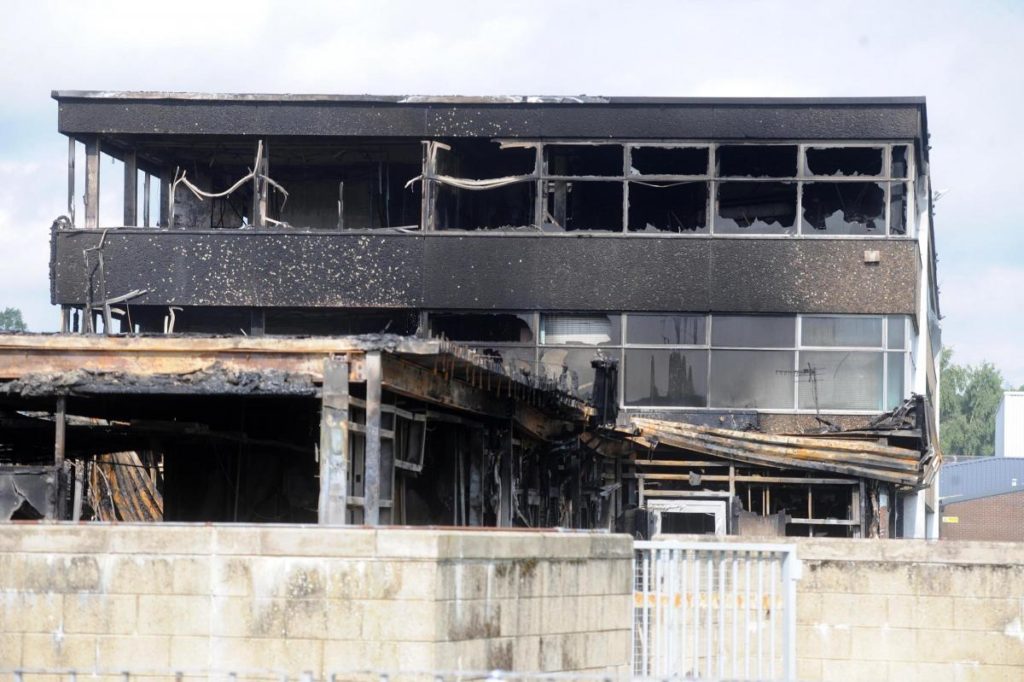 The Scottish Government today pledged to build a new joint education campus for Woodmill High, St Columba’s High School and Fife College in Dunfermline. They say the new campus could be ready by the end of 2024.

The plans for a new campus at the former Hyundai site at Halbeathhave been discussed for some time. Last week’s devastating fire at Woodmill appears to have given new impetus and focus to turning the proposals into reality.

Mr Swinney said, “Woodmill High School was devastated by the fire and it is clear that Fife Council, Fife College and surrounding schools have made a tremendous effort to find alternative accommodation and minimise disruption to pupils’ learning.

“Since the fire ten days ago, I accelerated discussions with Fife Council and Fife College and I am now very pleased to confirm we support the development of a brand new joint learning campus.

“Locating the two schools and Fife College on the same site would give pupils easy access to a greater variety of subjects and qualifications. Schools, colleges and universities are the cornerstones of our communities and a joint campus model will give Dunfermline a hub of high quality, low carbon and digitally enabled facilities.”

The Scottish Government has confirmed it will invest up to £90 million in capital to fund the college portion of the campus and up to 50% of the overall cost for the schools element.

Convener of Fife Council’s Education and Children’s Services Committee Fay Sinclair said, “This is a really exciting opportunity. We have been looking at ways to expand, replace and improve our school buildings for some time and a shared campus will open up so many different learning options and routes for our young people to access the careers they want.

“We have already held community engagement sessions on the future of education provision. This will inform our work with Fife College to bring forward firm proposals for a new development, which the community will be consulted on before plans are finalised.

“Today’s announcement gives the Woodmill community reassurance about the long term plans for their school, as we work through short and medium-term arrangements at this difficult time.”

Fife College Principal Hugh Hall said,  “The proposals for the new campus, incorporating two High Schools, the College and a University hub are learner-centred, innovative and progressive and will be transformational for education in Scotland.

“The College has been working with Fife Council in formulating the proposals and together we will be moving at pace to take forward proposals to create a unique learning environment in West Fife.”

The estimated cost of the campus is between £150 million and £180 million.

The Scottish Government had been in discussions with Fife Council on the construction of the joint school and college campus since before the fire at Woodmill.