Callous killer who strangled his sister gets life sentence 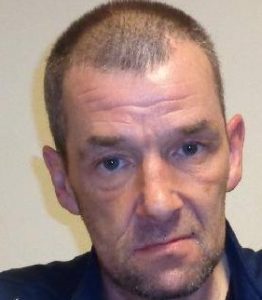 A 52-year-old man, who murdered his sister by strangling her in her Fife flat, was today jailed for life.

Callous killer Charles Gordon, who said the victim had been “cheeky” to him, was ordered to serve at least 17 years in prison before being eligible for parole.

He was previously found guilty of killing his 50-year-old sister Elizabeth Bowe at her St Andrews home in September last year.

Gordon, who had denied murder, claimed he grabbed his sister by the neck after she threatened to claim he raped her.

The High Court in Glasgow heard Gordon strangled his sister in her flat at Bobby Jones Place and then called the police.

Police who arrived at the scene found Gordon calmly smoking a cigarette while his dying sister, who was naked from the waist down, lay just feet away from him with blood coming from her mouth and a blue dressing gown wrapped round her neck.

She was taken to Ninewells hospital in Dundee where she died on 20 September last year.

In evidence, Gordon said, “I grabbed hold of her by the throat with my left hand. I kept a hold of her until she hit the floor. She slumped and went down. When she went down I let her go.”

Detective Chief Inspector Rory Hamilton, of Police Scotland, said, “Our thoughts remain with the family and friends of Elizabeth at this difficult time.

“Charles Gordon carried out an horrific attack and we note the sentence handed down today.”