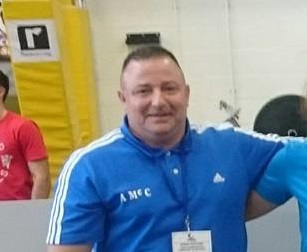 A Fife boxing coach has been jailed for stealing over £13,000 from his 92-year-old mother-in-law who is in a nursing home and suffers from dementia.

Allan McCulloch (57), from Lochgelly, took the money from her bank account when he was helping his wife to look after her mother’s finances.

The theft, over a period of more than two years, came to light after the old woman’s care home fees were not paid, running up a bill of thousands of pounds.

A sheriff told McCulloch that it was a not a complicated financial matter but just “straightforward theft”.

Depute fiscal Jamie Hilland said McCulloch lives with his wife, whose mother suffers from dementia and is in a nursing home in Dunfermline.

His wife was granted guardianship of her mother’s affairs. The offences came to light after care home fees owed to Fife Council were not paid.

When Mrs McCulloch was told of the large sum outstanding she said was “appalled” and “shocked”.

There had been no response to bills and reminders sent to their home but she said, “There must have been a mix-up with the address”.

The depute said Mrs McCulloch, when interviewed, said it was her husband who was responsible. “She said he was left to deal with the finances,” he added.

Defence solicitor Elaine Buist said her client was a long-serving boxing coach whose daughter Emma is a Scottish champion in the sport.

She said he and his wife have also been foster parents for many years and they currently have two children in their care. She added that the sum involved had now be re-paid.

After reading the social work report, Sheriff Charles MacNair was not impressed by McCulloch’s attitude to the matter.

“He doesn’t seem to think he was doing anything wrong. He was deliberately, over a long period of time, removing money from a bank account, which he had no business doing,” said the sheriff.

“This money was his mother-in-law’s. It’s just straightforward theft from a bank account. He had no right to that money at any time.

“He says he pled guilty to protect his wife. That’s just not true, is it?

“It was not his money. It was his mother-in-law’s money and it was being taken by him. He also has a previous conviction for dishonesty which resulted in a £5000 fine in 1991.”

The sheriff told McCulloch that at first the circumstances of the offence may have seemed complicated.

He went on, “In fact, it is really quite straightforward. There was a bank account which held money for your mother-in-law, who was aged 92 and a vulnerable person.

“Your wife was appointed as guardian and perhaps under the guise of assisting her in that you stole from the account.

“The sum is very significant and substantial, nearly £13,500 and the victim is very vulnerable.”

The sheriff jailed McCulloch for 230 days.