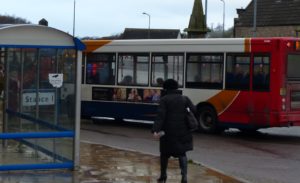 A 17-year-old Fife youth involved in drug dealing in Dunfermline town centre has appeared in court.

The teenager, who cannot be named for legal reasons, appeared at Dunfermline Sheriff Court.

He admitted that on 11th February at Dunfermline Bus Station, Queen Anne Street, he was in possession of controlled drug, namely ecstasy, with intent to supply.

Sheriff Alison McKay told the youth, “This is a very serious charge.” She called for reports and sentencing will take place on 14th June.