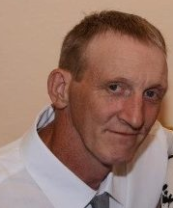 A Fife man, who sexually assaulted a 14-year-old girl at a party, today avoided jail and also unpaid work – because he was scared he would be “targeted” by other offenders.

Derek Lamond (51), of Arthur Street, Dunfermline, who has a previous conviction for a similar sex offence, appeared for sentencing at the town’s sheriff court.

He previously admitted that on 10th May at a house in Dunfermline he sexually assaulted the girl, looked inside her clothing at her breasts and touched her on the breast.

The family of the girl were furious when they turned up to see Lamond being sentenced last month to find out he had been allowed to go on holiday.

When Lamond finally appeared in court, defence solicitor Gwen Haggerty asked for the sheriff not to impose unpaid work.

“The concern is he would become a target. He’s already been targeted because of the press coverage and his car’s been spray-painted,” she said.

“The other offenders would become aware of his offence.”

Sheriff Derek Reekie said, “This was a very serious offence and, to say the very least, a highly unpleasant one.”

He said it had been in his mind to impose unpaid work and a restriction of liberty order.

However, instead he imposed a community payback order with a ten-month tag and no unpaid work.

Lamond will remain on the sex offenders’ register for three years.