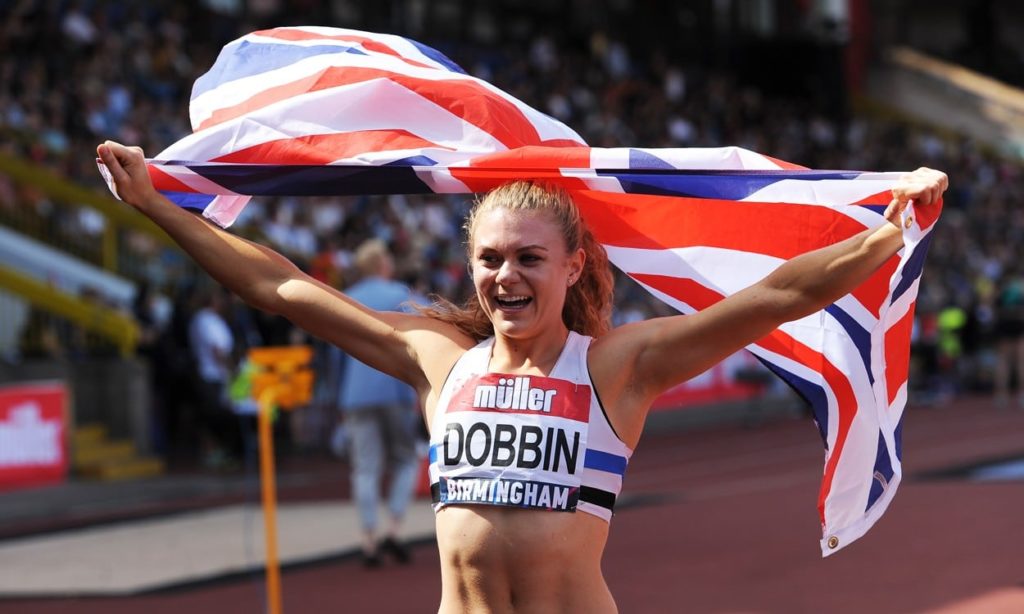 Athlete Beth Dobbin, who is enjoyable a sensational season becoming British 200 metre champion at the weekend, is the daughter of Jim Dobbin, the former Celtic footballer originally from Dunfermline.

Beth’s win in Birmingham on Sunday was the third time that she has set a new Scottish record in a month, since first breaking the mark established by Sandra Whittaker 34 years ago.

The 24-year-old has become British 200m champion and been for the inaugural Athletics World Cup despite the fact she is not a full-time athlete and works two jobs.

All the more reason for the family, including her relatives in Fife, to be proud of Beth.

Yet it is only a few months ago that the sprinter missed out on selection for the Commonwealth Games.

This was despite the fact that Beth had twice rejected the chance to run for England as a junior in order to represent Scotland.

Now the Loughborough-based Scot believes she can build on her debut in a Great Britain vest.

Dad Jim moved south to play for Doncaster Rovers in the early ’80s and Beth’s first job was selling programmes on match-days.

As a youngster, she began going out for runs with her dad and says this sparked her love for athletics.

After her victory at the weekend Beth said, “I have dreamt for six years of getting a GB vest and I’ve never been good enough or always just missed out and I’ve just really not given up on it.

“Sometimes you feel a bit stupid, putting all this effort in when you’re an average athlete but the last few years I’ve just come on. I’ve believed in myself, my coach really believes in me. I work so, so hard on and off the track. It’s not been easy. But I get to go to the World Cup, I get to go to the Europeans and I’m British champion!”