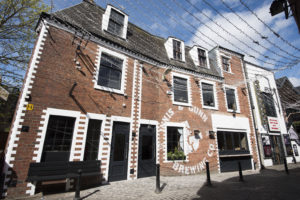 The doors open tomorrow on Innis & Gunn’s fourth and largest Beer Kitchen in Ashton Lane in the heart of Glasgow’s West End.

The new venue will be the Scottish independent brewer’s flagship bar and restaurant and will feature the brewer’s first on-site microbrewery.

The opening comes after an exceptional year for the brewery’s retail group, with new openings in Dundee and St Andrews in 2016. Innis & Gunn’s first Beer Kitchen opened in Edinburgh in 2015.

Set over three floors, with a total capacity of 396, the new venue features 17 keg taps, 3 cask taps and over 50 packaged craft beers, offering one of the largest craft beer selections in Glasgow.

On the ground floor, craft beer fans will be able to drink in the sights and sounds from the open plan microbrewery whilst enjoying varying new beers served fresh from the onsite beer tanks. 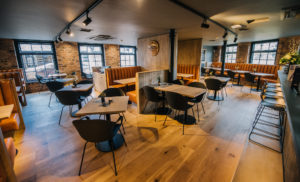 The first floor features Innis & Gunn’s award winning casual dining experience using the very best of locally sourced ingredients and produce, where the chefs will be adding an Innis & Gunn flavour to the menu, such as new creation the Boozy Bird, duck breast marinated in Innis & Gunn Rum Finish. 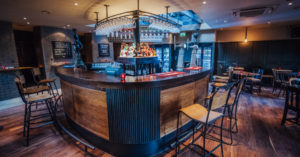 Up on the second floor is the Attic Bar, offering something distinct from our other floors, the Attic has retained much of the original character of the space, an eclectic blend of vintage décor with a bar list that offers a vast array of new cocktails and hoptails prepared by our mixologists, alongside over fifty packaged local and international beers.

The venue will also host live acoustic sessions on Friday and Saturday nights.

David Hall, Innis & Gunn Retail Managing Director, said, “Following the success of our bars in Edinburgh, Dundee and St Andrews over the last year, we were thrilled to find the perfect location on Ashton Lane to expand our retail offering with our biggest venue yet.”