Housebreaker told police: “This is my new scatter flat” 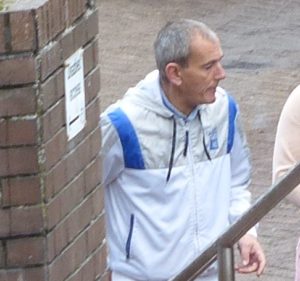 A Fife thief, who broke into a stranger’s house claiming he thought it was his new home, has avoided jail.

William Young re-arranged the furniture, changed clothes, cooked himself a meal of chicken and sweetcorn then brushed his teeth as he made himself comfortable in the property.

Young, described as “confused” after taking drugs, then called the police and told them he was locked in his new scatter-flat which he had just been allocated.

Later, when he was detained in connection with a separate matter, Young was allowed to fill bags of property from the house and take them with him.

Later, when the real householder returned from work, he found a window smashed, possessions missing, blood on the floor, his tumbler drier re-situated in the living room and a plate with the remains of the chicken meal lying on his bed, where Young had been relaxing earlier.

He previously admitted that on 26th May last year he broke into a house in Main Street, Lumphinnans and stole money, two scratch cards, documents, clothing, two watches and a quantity of cosmetics.

Depute fiscal Claire Bremner said the householder left his home at 7.30am and secured the property.

At 3pm Young phoned the police using the 999 service reporting that he had been robbed.

When officers attended the address the call had been made from they found Young locked inside.

He was claiming his partner had stolen his medication then locked him in the house and he didn’t have a key.

He spoke to the police through the front window and they went off to speak to his partner at another address.

She told them she nothing about the Lumphinnans house and had no idea why he was there.

Police went back to speak to Young and as they looked around the outside of the property they saw a rear window had been smashed.

They asked Young what had happened to the window and he said he had smashed it because he had been locked in.

“He was asked to come out through the broken window and did so along with two bags of property. He was then detained in connection with another matter,” said the depute.

Neighbours were able to tell police who the householder was and when they contacted him he said nobody should have been in his home.

The householder later identified property removed by Young as his and also stated that furniture had been moved. “It also appears that the accused made himself a meal,” added the depute. “It’s a rather bizarre set of circumstances.”

Defence solicitor Lee Qumsieh said his client had taken a so-called ‘legal high’ substance for the first time before the incident.

“It certainly was a bizarre set of circumstances. He was the one who telephoned the police. It was accepted by the Crown that he did not enter the property with the intention of committing a theft.

“He was acting in a state of confusion and thought this property had been allocated to him.

“He had taken a substance a day or two prior to this with a neighbour. He didn’t know what it was but it would seem to have been some sort of legal high. For the next couple of days it caused him to behave in a bizarre manner.

“The day before he and his partner had been to view a house.”

Young had got it into his mind that this house in Lumphinnans had been allocated to him, said the solicitor.

“He waited outside for several hours for a housing officer to come. It was cold, raining and he then broke in via a window.

“He re-arranged the furniture and cooked himself a meal. He also changed his clothing and brushed his teeth.

“This is someone who was extremely confused at that time.

“When he was later taken into custody on another matter he was allowed the opportunity to take items with him. He gathers the property, puts it into bags and hands them to the police.

“It’s a theft committed by handing property over to the police. He’s ashamed and embarrassed about the circumstances of this offence. He would like to apologise to the home owner.”

The solicitor added, “He accepts it couldn’t have been a very pleasant experience for this person to find somebody had been in his home, re-arranged the furniture and cooked a meal when he was out.”

Sheriff Craig McSherry said, “I would agree that this is a rather bizarre case. It’s only because of that I am not imposing a prison sentence.”

As a direct alternative to jail, the sheriff imposed a community payback order with 12 months’ supervision and Young will have to pay the householder £275 compensation for the damage caused.