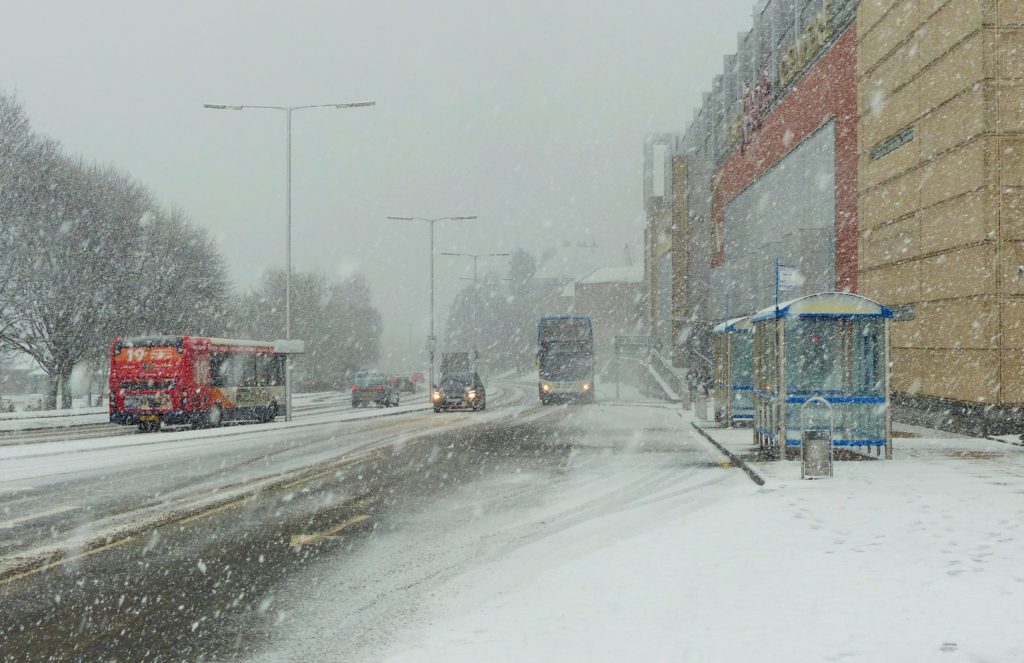 There were heavy falls during the morning rush-hour and then again at lunchtime leading to an unscheduled day off for some youngsters. 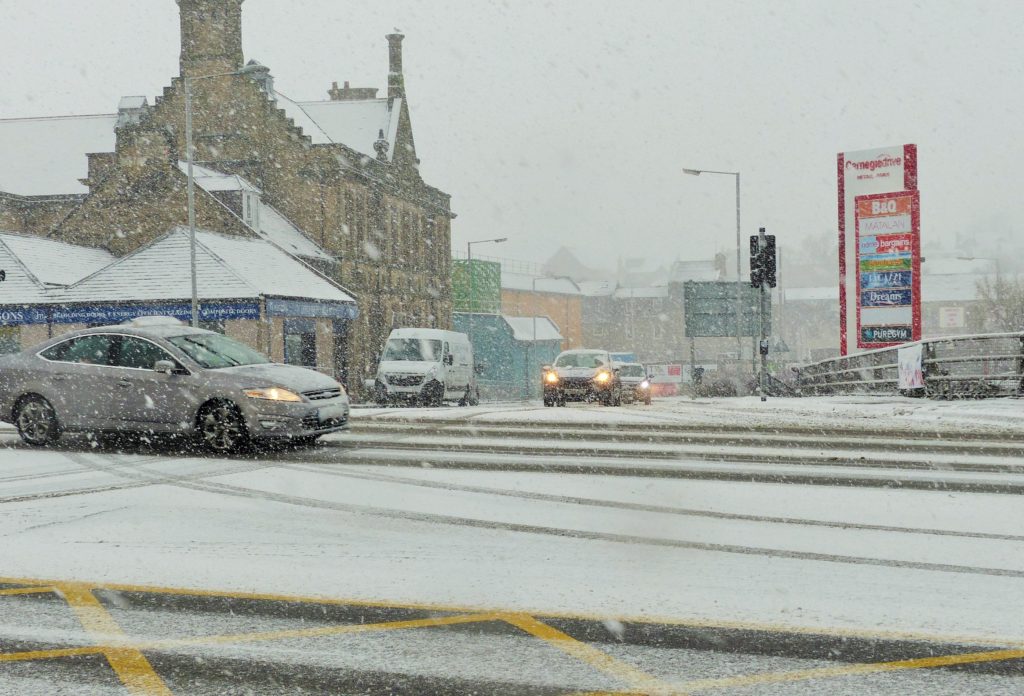 The scene in Dunfermline town centre this afternoon

The severe weather has prevented some bins collections taking place and people are asked to leave them out as attempts will be made to carry these out over the weekend.

The forecast is for more snow showers tonight but become less frequent. There is a Met Office warning for ice tonight along with snow and sleet showers.

The warning states, “There will probably be ice on some untreated roads, pavements and cycle paths, potentially resulting in some injuries from slips and falls.”