Finally locked up: dangerous paedo abused kids in Fife for over 40 years 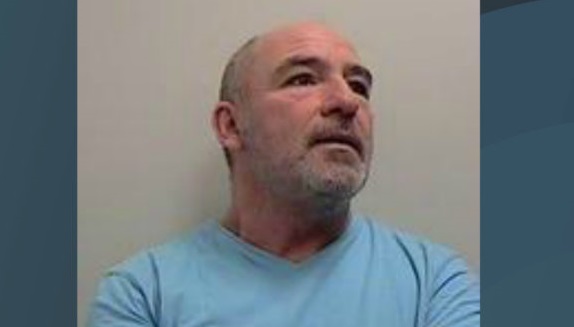 A vile paedophile, who preyed on young children in Fife for more than 40 years, is hopefully facing life behind bars.

Sex beast Bryan Grimes (58) was warned by a judge he could be spending the rest of his life in jail for raping and sexually assaulting girls and boys aged as young as four.

A jury at the High Court in Livingston found Grimes guilty of committing ten sexual offences in Methil, Colinsburgh, Elie and Anstruther and in Ayrshire, between 1975 and 2017.

The judge spoke of the paedo’s “arrogance, “complete lack of remorse” and “no sense of shame”.

The jury watched video recordings of evidence given by the distressed and weeping victims of Grimes’ serial sexual abuse, including from his first victim who testified he was only three years older than her when he started sexually abusing her at an address in Methil in 1975. She was between 12 and 13-years-old.

His second target told how he sexually abused her at addresses in Methil and Colinsburgh from 1980 onwards when she was between the ages of four and 10.

In October 2017, officers from the Public Protection Unit based in Fife began enquiries into Grimes, and thereafter specialist officers from Police Scotland’s National Child Abuse Investigation Unit continued the investigation.

Grimes was subsequently arrested and charged in January 2018.

“He has shown no remorse for his actions and subjected the victims to the distress of a trial process.

“The horrifying acts he inflicted upon the victims will undoubtedly affect them for the rest of their lives and supporting them remains our priority.

“I want to thank the victims for their bravery and courage to come forward and assist us with our inquiries – it is thanks to them that Grimes will now face the consequences of his actions and I sincerely hope they can begin to put the ordeal behind them.

Following the jury’s verdict, Lady Rae told Grimes, “It seemed to me you think you’re entitled to use children for your own deviant sexual needs or requirements.”

The judge said she was considering whether an order for lifelong restriction was more appropriate than a determinate sentence, which could mean Grimes stayed behind bars until the Parole Board decided it was safe to release him.

She added, “He’s clearly a high risk offender. My impression of the accused when he gave evidence was that he displayed an arrogance which in all my years I’ve never seen before.

“An arrogance; a complete lack of remorse; continually abusing young children; no sense of shame, no empathy for the victims – and the jury saw those children giving evidence and saw the impact on them some years later.

“It was as if he thought he was quite entitled to do what he was doing, that was the impression I got as an observer.”

Grimes was remanded in custody and will be sentenced at a later date.