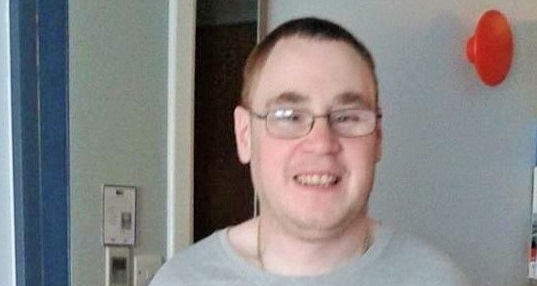 A RAIL COMMUTER, who was caught secretly photographing the legs of woman sitting opposite him, has been put on the sex offenders’ register.

Stephen Smith took the photo on his mobile phone of the female, who was unaware of his actions.

However, a male passenger behind Smith was watching the creep’s antics on a train from Edinburgh to Fife and filmed him on his own phone.

The passenger’s attention had first been drawn to Smith by him watching pornography on his phone in full view of others.

Smith (40), of Meldrum Court, Dunfermline, later admitted the offences after being pointed out to police on a station platform by the witness.

He previously admitted that on 17th January on a train journey between Dalmeny and Inverkeithing, he displayed obscene material, namely photographs or moving images of naked females, male private parts and other sexual images on his mobile phone whereby this could be seen in public.

He also admitted he secretly took photographs of a female’s legs and committed a breach of the peace.

A male witness who boarded the train witnessed the behaviour of Smith, who was sitting opposite a female passenger.

The woman was wearing a skirt and tights and Smith pointed his phone at her legs and took a photo which he then viewed and zoomed in on.

The woman appeared to be unaware of what he was doing, thinking he was simply using his phone.

Smith then began looking at pornographic images including naked women and also a penis.

The witness took photos of Smith and reported the matter to police.

At a future date, the man identified Smith to the British Transport Police at Edinburgh Gateway and he was apprehended there.

“He spoke freely and admitted to viewing images of naked people on the train,” said the depute.

He also admitted taking a photo of the woman’s legs saying, “I don’t know what I was doing.”

Defence solicitor Elaine Buist said, “He wasn’t aware anyone else could see the images he was viewing. As far as that was concerned, he thought it was a private matter,” she went on.

“He now accepts that clearly what he was viewing was not as private as he thought.”

Smith initially claimed there was no sexual gratification involved in taking the photo of the woman’s legs.

Sheriff Charles MacNair had asked, “Why then would somebody take a photograph like that of a stranger?”

At sentencing, Ms Buist said her client now accepted there was a significant sexual element to his offences.

She added, “He’s very embarrassed about the whole situation.”

Sheriff MacNair told Smith, “Unfortunately this type of offending is becoming more prevalent and the attitude of offenders is often the same of yours: that it doesn’t affect anyone else. It does.”

He imposed a community payback order with two years’ supervision and 135 hours of unpaid work. Smith was also put on the sex offenders’ register for two years.