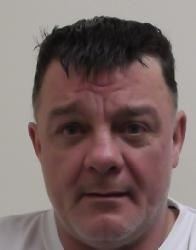 A  sexual predator has been jailed following a series of attacks on women in Fife carried out over a 25-year period.

Michael Gray, from Lochgelly, was described by police as, “a predator and a callous and violent individual, who subjected his victims to a campaign of horrific physical and sexual crime over a 25-year period.”

Gray (50), was jailed for a minimum of seven years at the High Court in Glasgow today.

He was previously convicted of 18 charges including nine rapes of four women in Fife between 1987 and 2016.

A jury took just two hours to find unemployed Gray, who also uses the name Banks, guilty of the charges.

Gray was investigated by Police Scotland’s Domestic Abuse Task Force after various victims were identified and subsequently made reports including rape, indecent assault and attempted rape.

Detective Chief Inspector Debra Forrester from the DATF said, “I would firstly like to commend the outstanding courage of the women who came forward and reported the abuse they had experienced, as this proved vital in securing Gray’s conviction and subsequent sentence.

“Michael Gray is a predator and a callous and violent individual, who subjected his victims to a campaign of horrific physical and sexual crime over a 25-year period.

“He has received the order for lifelong restriction because of the risk he poses which will impact on the rest of his life.

“This should serve as a clear reminder that domestic abuse in all its forms will not be tolerated and perpetrators of such offences will be brought to justice for their crimes.”