Fife perv who preyed on young girls on internet is jailed 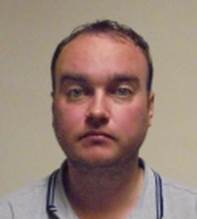 A Fife man has been jailed for a series of sexual offences against young children.

Alexander Hope (31) was sentenced to five years in prison, with an extension of two further years, for various crimes involving girls aged 11-15 in Kirkcaldy between 2009 and 2017.

Hope, of Overton Mains, Kirkcaldy, used social media to interact with victims and commit his offences.

These included him asking for and receiving images of the young girls.

Fife Police Division’s Public Protection Unit launched a major investigation into Hope after victims came forward to report their abuse and he was subsequently arrested and charged.

Detective Inspector Scott Davidson, “First and foremost I wish to praise the victims of Alexander Hope, who either came forward to make the initial reports, or who assisted with our investigation by providing vital evidence.

“Their courage and strength during these inquiries has proved pivotal in securing a conviction against Hope, which ultimately led to this prison sentence.”