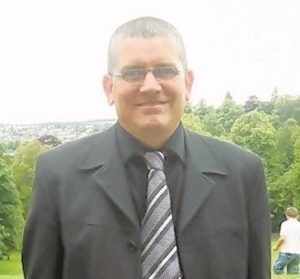 A plant hire firm has escaped with a fine of just £15,000 following the horrific death of a worker.

Popular mechanic assistant Ian Bratchie (pictured) was crushed when the lorry he was working under was driven away in the company’s yard.

His employers Robert Purvis Plant Hire Limited were found guilty of failing to carry out a risk assessment into the possibility of lorries being driven off when being worked on.

The Fife firm, which has an annual turnover of around £17 million, was today fined £15,000 by Sheriff Chris Shead.

A jury found the company guilty of a charge that between 2nd April 2012 and 4th September 2015 at its premises in Lochgelly, it failed to make a suitable and sufficient assessment of the risks to the health and safety of its employees to which they were exposed whilst they were at work, by failing to carry out a specific risk assessment for the control of vehicles under maintenance and in particular failing to assess the risk of vehicles being driven away whilst employees were carrying out work on them.

There was a not proven verdict to a charge that between 2nd April 2012 and 4th September 2015 the company failed to ensure, as far as reasonably practicable, the health, safety and welfare of their employees and in particular Ian Bratchie, now deceased.

The Crown accepted that given the jury’s verdict there was no causal link between the offence and the death.

HGV driver Mark Elder told the trial of the fatal accident which occurred as he moved his lorry in the yard.

He said there was no sign in place to indicate his lorry, in a parking area, was being worked on.

He drove away without realising Mr Bratchie was working underneath.

CCTV video of the incident showed Mr Elder (40), climbing out of the cab with his hands over his face.

Mr Elder described his colleague as “a great guy” and they had worked together at the firm for over three years.

He described how he felt “a bump” as he drove off, then someone sounding their horn before he looked back and saw Mr Bratchie fatally injured.

In mitigation submission, Susan Duff, advocate for the defence, said Mr Bratchie was “a trusted, well-liked and highly regarded employee”.

She went on, “That was the darkest day Robert Purvis had ever experienced in his working life.

“He had spent his entire working life trying to ensure safety in the workplace.”

Mrs Duff added that Mr Purvis, the company founder, had asked her to formally express his condolences to the deceased’s family.

She said the company had been found guilty of “what is sometimes called a technical offence”.

Mr Bratchie’s family issued a statement saying, “We are relieved this court case has finally come to an end after having to endure this long and distressing process.

“Nothing can bring back Ian and that pain will never cease. But at least we now have a sense of justice and we hope lessons can be learned so no other family has to suffer like we have.”