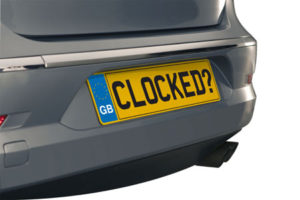 A Fife man has admitted “clocking” the mileage of cars he was selling and making over £18,000 in the scam.

Conman Joseph Lowther sold cars around the country after tampering with their mileage readings to increase their value.

He admitted that between 6th June and 20th October 2014 he formed a fraudulent scheme and committed offences at Peterborough, Kilwinning, Cowdenbeath, Aberdeen, St Andrews and elsewhere.

On each occasion he tampered with the mileage to show a lower figure.

He pretended to Geovan Boreman that a Vauxhall Zafira he was buying had a lower recorded mileage that its true mileage, having altered it and obtained £1900 by fraud.

He committed the same offence with Lorna Moseley, selling her a Land Rover Freelander and obtaining £3000 by fraud.

Lowther also obtained £3000 fraudulently from Anthony Jones, over the sale of a Land Rover Freelander.

Colin Stevenson was also conned out of £3000, when he bought a Land Rover Freelander.

Robert Paterson was another victim of Lowther over the sale of a VW Fox, where £1575 was obtained fraudulently.

Becky Anderson bought Mini Cooper and was conned out of £3000.

Lowther defrauded Richard Grant out of £850 in the sale of a Toyota Celica.

Another victim of the clocking scam was Richard McDade, defrauded out of £1900 when he bought a Vauxhall Astra.

Sheriff Craig McSherry called for reports and Lowther will be sentenced on 7th June.