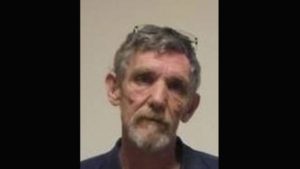 A child rapist, who began abusing one of his victims at the age of four, has been jailed for a sickening catalogue of offences.

A judge told 50-year-old David Morrison, from Kirkcaldy, that he had been convicted of “a shocking series of violent and sexual crimes”.

Lord Ericht said Morrison had been assessed as posing a high risk of reoffending. He imposed a lifelong restriction order with a nine-year jail sentence.

He will be kept under supervision for a further three years after his release from prison and has been put on the sex offenders register indefinitely.

Morrison began abusing one girl from the age of four and his offending later escalated into repeatedly raping her.

Now aged 28, the victim earlier told the High Court in Edinburgh that she self-harmed in the wake of the ordeal.

Another female victim, now aged 31, said she was first sexually abused by Morrison was when she was aged eight or nine.

The abuse happened at addresses in the Dysart and Kirkcaldy areas.

Morrison had denied a string of charges but a jury found him guilty of 10 offences of assault, indecency and rape committed between 1989 and 2016 at addresses, a disused building and woods in his home town.

Lord Ericht earlier told jurors it had been “a very serious and unpleasant case”.

Detective Inspector June Peebles of Fife Division’s Public Protection Unit said, “I would firstly like to commend the bravery of the victims who have shown great courage to report these crimes and throughout the investigation and trial.

“Morrison refused to admit guilt and has received the order for lifelong restriction because of the risk he poses, which will impact on the rest of his life.

“This case has demonstrated the importance of reporting all cases of sexual abuse, whether current or non-recent and we treat all reports of sexual crimes with the utmost seriousness.

“This case should serve as a reminder that perpetrators of such offences will be brought to justice for their crimes.”