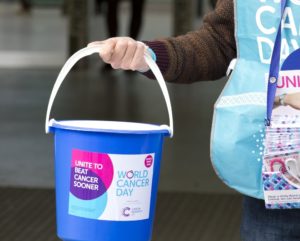 A bogus Cancer Research collector, who asked for donations from the public in Dunfermline High Street, has avoided a jail term.

The cash which people thought was going to charity was in fact going to feed the drug habit of Andrew Brady.

The 38-year-old addict, of Gilfillan Road, Dunfermline should have been serving a jail sentence at the time but had been given early release.

He also targeted cars in a Dunfermline street, stealing £1500 worth of goods from one of them.

At Dunfermline Sheriff Court, Brady admitted that on 7th February in the High Street, he acted as a collector by approaching persons and obtaining money by request, purporting to be collecting donations for Cancer Research.

He also admitted between 7th and 8th February at Fodbank View, Dunfermline, he opened a car and stole golf clubs, accessories, a lighter and an identification card.

Between the same dates, at another address in Fodbank View, he opened a car and stole a quantity of electronic items.

Depute fiscal Kavin Ryan-Hume said Brady was observed with a Cancer Research collection bucket looking for donations from the public.

Police inquiries revealed that Brady had registered with the charity but had not been authorised to work as a collector.

The depute added that the golf clubs and other items stolen in the first theft from a car were worth £1500.

Defence solicitor David Bell said his client had been jailed in October and twice in the past had been put on drug treatment and testing orders, which were unsuccessful.

He said that on this occasion his client had taken diazepam.