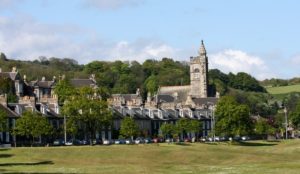 Police investigating a serious assault in Burntisland on Friday night have arrested a 13-year-old boy.

A 33-year-old man was badly injured in the incident which occurred at around 10pm  in Dick Crescent.

The victim sustained serious facial injuries and was taken to Victoria Hospital.

A report will now be submitted to the Children’s Reporter.

Police say they are following a “positive line of inquiry” into a number of other people who are thought to have also been involved.