Sick sex offender preyed on kids as young as four 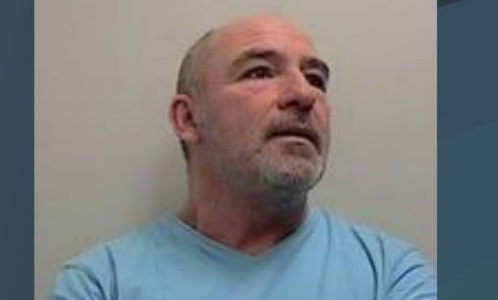 A child sex offender who targeted youngsters in Fife has been sentenced for his “appalling” crimes, which went on for a period of 42 years.

The sick paedo, who targeted kids as young as four-years-old, was placed on an order for life long restriction.

At the High Court in Glasgow today, Bryan Grimes (58) was also jailed for six years and placed on the sex offenders register for life.

Previously at a trial at the High Court in Livingston, Grimes was found guilty of nine charges of physical and sexual abuse, including rape, against children.

The offences were committed in the Anstruther, Methil, Leven, and Cumnock areas between 1975 and 2017. The victims were boys and girls, all under the age of 16.

Grimes was the subject of an investigation by Police Scotland’s National Child Abuse Investigation Unit after officers from the Public Protection Unit in Fife began inquiries into him in October 2017.

The offences included rape, attempted rape, two sexual assaults, one count of unlawful sex with a minor and four charges of lewd and libidinous behaviour.

At the trial advocate depute Kath Harper told the jury Grimes was always particular in his choice of sexual target.

She said, “All are children, mainly girls but not exclusively so. Each of the eight complainers on the indictment was a child at the time they were abused.

“There was an escalation in the offending between 2012 and 2017, a clear escalating pattern of sexual abuse against children.”

Detective Inspector Craig Watson from the National Child Abuse Investigation Unit said: “We welcome the sentencing today of Bryan Grimes who will now face the consequences of his appalling crimes.

“Due to the risk he poses to the public, Grimes received an Order for Life Long Restriction, which means he will only be released at the end of the sentence when authorities are completely satisfied that he is safe to do so.

“I’d like to thank the bravery for the victims for firstly coming forward and reporting the actions of Grimes that allowed our investigations, and secondly for their strength and courage throughout the trial process. I hope today’s sentence will allow them to begin to move forward with their lives.”