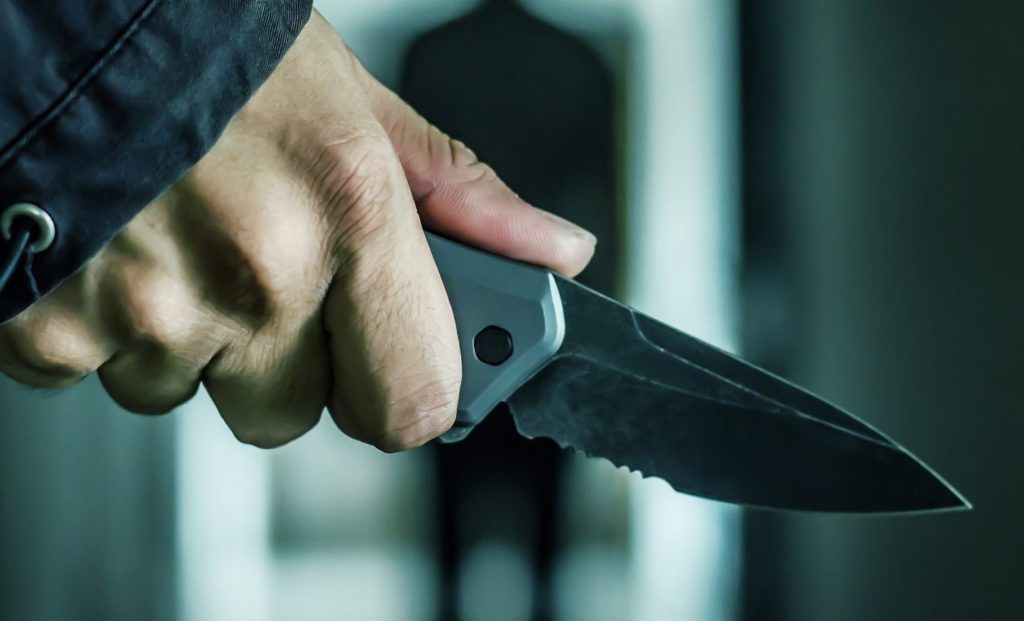 A Fife thug, who attacked two strangers after being challenged about going into their gardens, has been jailed.

Fergus Muldoon, who had been released early from a previous jail term, had been drinking and taking drugs before the violent incident in Glenrothes.

He later abused his ex-partner, threatened to put intimate photos of her on the internet and when arrested told police he would “slit her throat” and “burn the body”.

Muldoon had been given early release from a 32-month sentence for attempted robbery at knife-point of two shops in Glenrothes.

Muldoon (22), currently a prisoner at Perth, appeared for sentencing at Dunfermline Sheriff Court having previously admitted a catalogue of offences.

On 13th July at Dornoch Place, Glenrothes, whilst acting with another, he assaulted James Brown by brandishing a knife at him and kicking him on the body.

In the same incident, he assaulted Neil Sharp by throwing drinks can at him and brandishing a knife at him.

He was also unlawfully in possession of a knife.

He also admitted that between 6th and 9th September in Glenrothes, he engaged in a course of conduct which was abusive towards his ex-partner, repeatedly attended at her home uninvited, forced entry to her home and threatened to publish intimate photos of her online.

On 16th September at Postgate, Glenrothes, he was unlawfully in possession of a knife.

He further admitted that on that date, at Kirkcaldy police station he made threats of violence about his ex-partner, threatened to kill her, slit her throat, set her on fire and video it.

Depute fiscal Claire Bremner said that the two men attacked in Dornoch Place had confronted Muldoon after they saw him and others in their gardens.

A beer can had been thrown at the window of a couple’s home at around 9.30pm.

During the incident, Muldoon pulled out a knife. He said to one of the men, “I’m going to stab you, say sorry.”

Defence solicitor Iain McCafferty said, “He knows there is no excuse for the way he behaved. He’s had a fairly chaotic existence throughout his adult life after having been in the care system from the age of six.

“It’s dawning on him if continues in this way he’ll spend the best years of his life in custody.”

Sheriff Charles MacNair re-imposed 380 days from Muldoon’s previous jail sentence. He will then serve another 18 months for these latest offences.

In May 2018, Muldoon was jailed for 32 months for attempting to rob two newsagents in Glenrothes at knife-point in botched raids which took place within half an hour of each other.

His brother Alisdair was also jailed for his part of the incidents, which ended with the masked duo running from both shops empty-handed when terrified female staff refused to hand over cash.