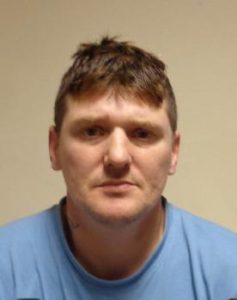 A man has been convicted of carrying out a series of domestic abuse and sexual offences over three decades against women and children in Fife.

At Edinburgh High Court, Kenneth Watt (46) was found guilty of rape and other sexual offences, mainly committed in the Kirkcaldy area. One of his victims was only four-years-old when he began abusing her.

Several women disclosed that they were the victims of a number of crimes committed by Watt.

While in custody Watt also assaulted a female officer who was interviewing him.

He will return to court to be sentenced next month.

Watt had earlier disrupted proceedings by shouting out in court. This forced judge Lord Brailsford to adjourn his trial for 24 hours.

He then sacked his lawyer and told his new legal representative that he wouldn’t be present in court to hear his victims tell how he abused them.

Watt, who has several previous convictions for dishonesty, also preying on a girl aged four, subjecting her to violent physical and sexual assaults between February 1990 and February 1997.

Between June 2004 and June 2007, Watt, from Kirkcaldy, also repeatedly assaulted another woman, who also cannot be named for legal reasons.

She told the court she was physically and sexually abused and raped on one occasion in late 2005 in a derelict building in Kirkcaldy’s East March Street.

She told jurors, “He told me he was going to stab me. I was scared. I was very scared.”

Detective Inspector James Leeson, of Fife Division’s Domestic Abuse Investigation Unit, said, “The suffering that Kenneth Watt inflicted on his victims over the largest part of his life is deplorable. His arrest came as a result of a thorough police investigation.

“However, I want to commend the courage of the women who were brave enough to come forward and give evidence against him which has been crucial in securing this conviction.

“I would like to thank each of these individuals for all of their assistance and support throughout our enquiries and the subsequent court trial. I hope that they can take some comfort following today’s verdict and begin to move forward with their lives.

“Police Scotland is wholly committed to tackling all cases of domestic abuse that are reported and other associated violent offences. We will continue to work alongside our partners at the Crown Office and Procurator Fiscal Service in order to bring relevant offenders to justice.”