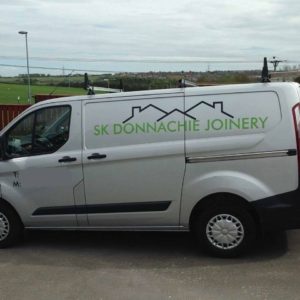 A Fife house was broken into and the thief then stole keys to a van and drove off in it.

The incident happened in Benarty Avenue, Crosshill, between 1.20pm and 8.50pm last Saturday.

Entry was forced to the property and a set of keys taken.

Those responsible then stolen a silver Ford Transit van  (registration number SM64 VWC) from outside the home.

The works van (pictured above) contained a number of power tools and the owner has been unable to work this week as a result.

Detective Constable Gillian McEwan from Dunfermline CID said, “I would ask anyone who witnessed any suspicious behaviour in the area to get in touch.

“We know the van was travelling southbound on the M90 motorway at around 8.55pm and would ask anyone who has seen it since this time to contact officers.

“The theft of the van and its contents has caused considerable distress to the owner who has been left unable to work as a result.”