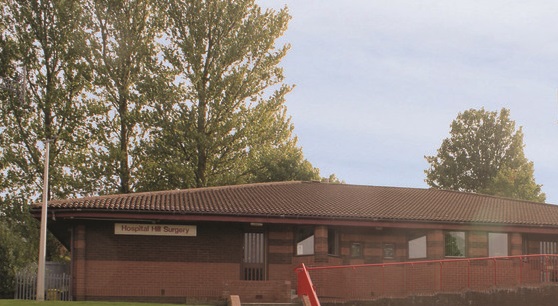 An angry patient went to a Dunfermline surgery and threatened to “slit the throats” of two doctors.

Vincent Robertson was upset to discover he had been de-registered from the practice after a previous incident.

Robertson (54), a prisoner at Perth, appeared in the dock at Dunfermline Sheriff Court, as a result of the threats.

He admitted that on 17th July at Hospital Hill Surgery, Izatt Avenue, Dunfermline, he behaved in a threatening or abusive manner by shouting, swearing, making threats of violence and made racist remarks.

He also admitted that in Bruce Street the same day he was unlawfully in possession of an offensive weapon, a knuckle duster.

“He began shouting and swearing. He had been informed he was no longer registered as a patient,” added the depute.

He demanded to see “the black doctor and the young doctor”. He then shouted he was going to “slit their throats”.

The depute said patients waiting in the surgery were becoming distressed and Robertson was asked to leave, which he did.

Police were contacted and Robertson was traced at 5.25pm. When asked about the incident at the surgery he replied, “I’ve not been to the doctors, those Paki bastards.”

When he was searched, he was found to have a knuckle duster in his pocket.

Defence solicitor Alexander Flett said, “He tells me there is a history of mental health problems.

“He had been in hospital and came home to find he’s been struck off as a patient at the surgery because of a previous argument there. All he was trying to do was protest but he went about it the wrong way.”